First Impressions For A Player 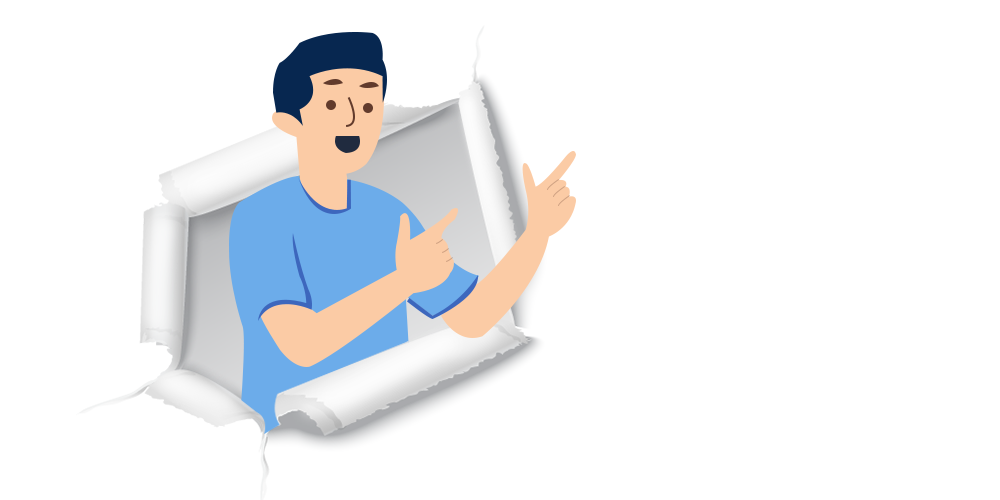 Have you ever played any game and you felt that you were just thrown into the game and you are on your own? Well, this seems like a common mistake on the developer/designer part that loses the interest of the player in the 1st try itself.
You have to give a player a nice warm welcome to your world, in which the player should feel that he knows what he is supposed to do during the game. You can introduce him to your world by simply showing a tutorial. Also for the first-time experience, you can tell the player a backstory that would help the player immerse in your world!
For example, The Room has an excellent tutorial shown at the beginning of the game, which walks you through the crucial thought process you might want to have while playing the game! Another example is Shadow Fight 2, which tells you the backstory at the beginning of the game followed by a tutorial on how to play the game. 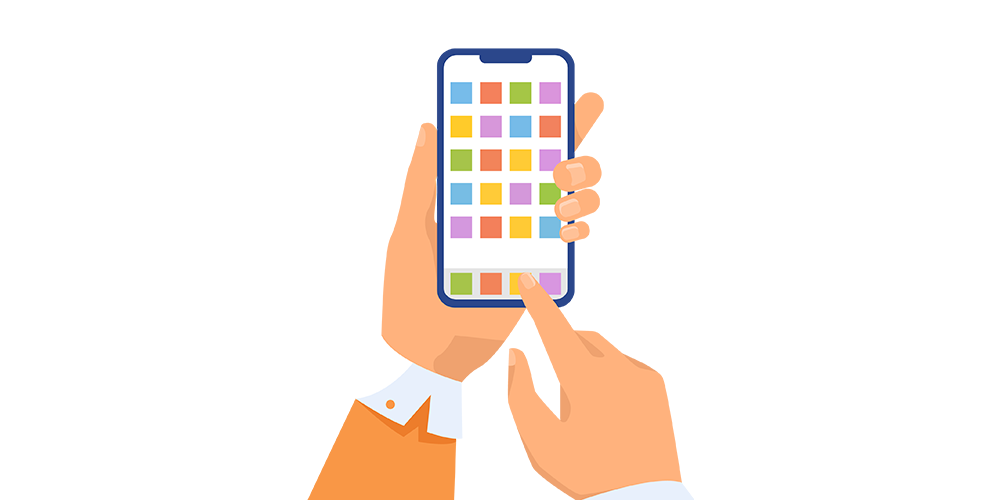 What is meant by Simple UI? Action-pack visuals, pretty sound, smooth-looking animations? No, it refers to the user-friendliness and the ease of navigation of the game’s interface with the player. There are many games out there in which the UI just confuses the player. There are so many redirects and sections that the player feels lost in the UI and uninstalls the game just because the player was not able to navigate the game properly!

To avoid this kind of behavior from the player, you should design the user interface in such a way that the player is comfortable navigating the game. If you are bound to have a complex UI then, you must give the player a UI tutorial in the beginning, or also you can help the player by placing hints in the UI itself.

For example, Hitman Sniper has a lot of navigating around but it’s linear and simple, so you just have to hit play to play the mission, nothing complicated! On top of that they give players a tutorial of navigating around the UI. Another game is Push, it has a very subtle UI, no complex navigation!

Developing Curiosity For The Player 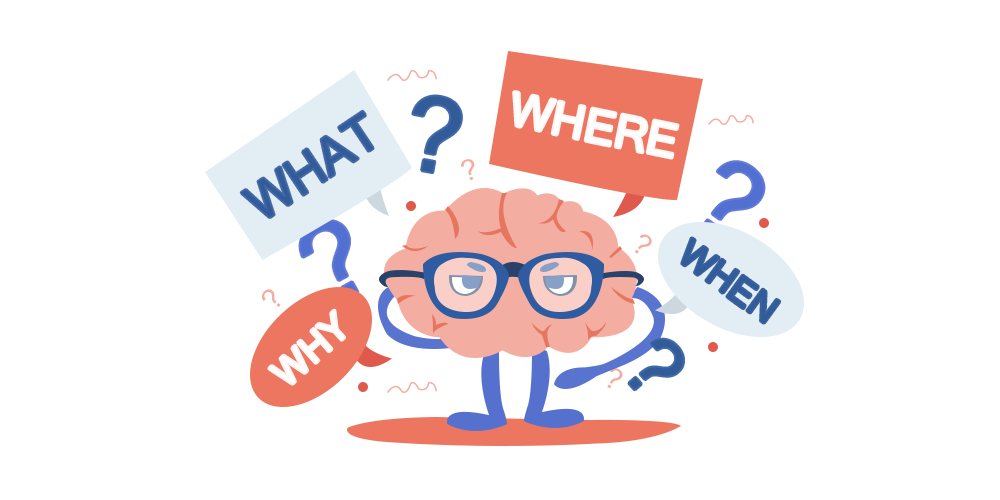 The fun part of any game is the curiosity of the player! If you are playing a game and already know what will happen next, be it the story of the game, or the next unknown unlockable item, you will lose your interest given that you already know what it would be!

Using The Concept Of Unlockable Items 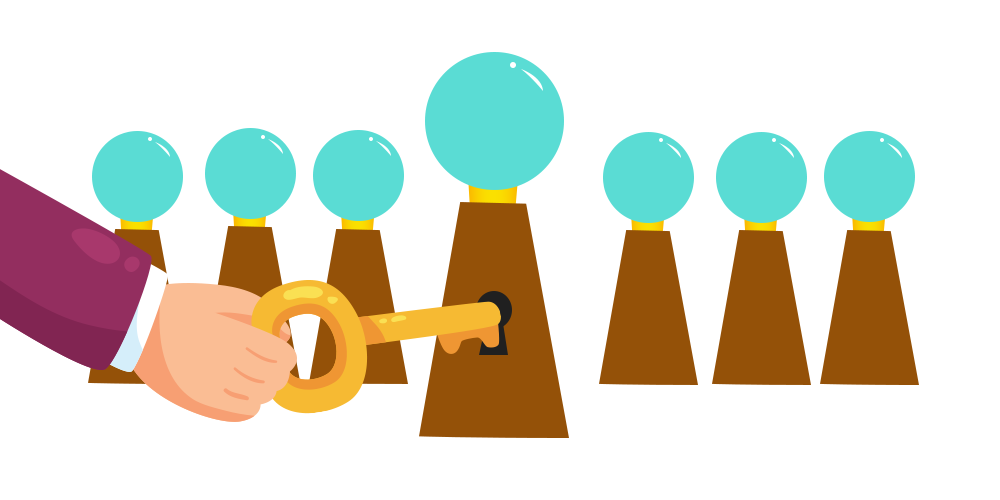 Considering the above scenario, unlockables are important to keep the player engaged in the game. This gives the player a motive to play the game for. If the player has no motive then it’s very likely that he/she will be bored by the game, causing him/her to leave the game soon and never come back!

In addition to that, the unlockables give the player the excitement to play the game and it makes the player look forward to unlocking the item, which might give him/her a sense of accomplishment!

For example, in Subway Surfers, you can unlock different costumes/characters which gives you a break from seeing the same character on the screen every time you play.

Rewarding The Players Based On The Difficulty Levels Have you played a game in which no matter the difficulty, you are always rewarded the same? What would be your motivation to play such games?

You have to keep the goals such that they could be achieved with given difficulty and reward the user with appropriate rewards based on the difficulty, due to which the player would feel justified with the reward and the efforts he/she put into clearing the level! This will make the player engage more in the game to achieve better rewards.

For example, Need for Speed gives you better cars or better rewards according to your performance in the race. 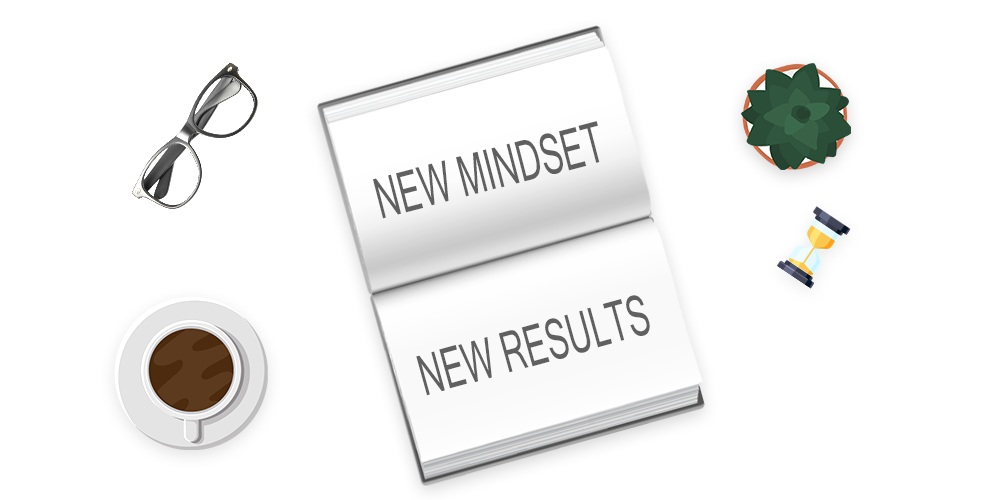 Sometimes players are tired of the old content, Everyone likes new themes, areas, maps, weapons, mechanics, graphics, etc. It helps to maintain and improve the user retention ratio. It increases the player’s curiosity like what’s new in this update, and it also captures the excitement of the player to try out new updates. There’s also a chance to gain the attention of your audience via social media. Providing new content frequently can also be one of the best options to make current players engaged in the game.

For example, Valorant provides you with new gun skins very frequently, and also introduces a new agent every other season, so that players get to try out new agents and master the agent. This will increase the time the player spends in the game! 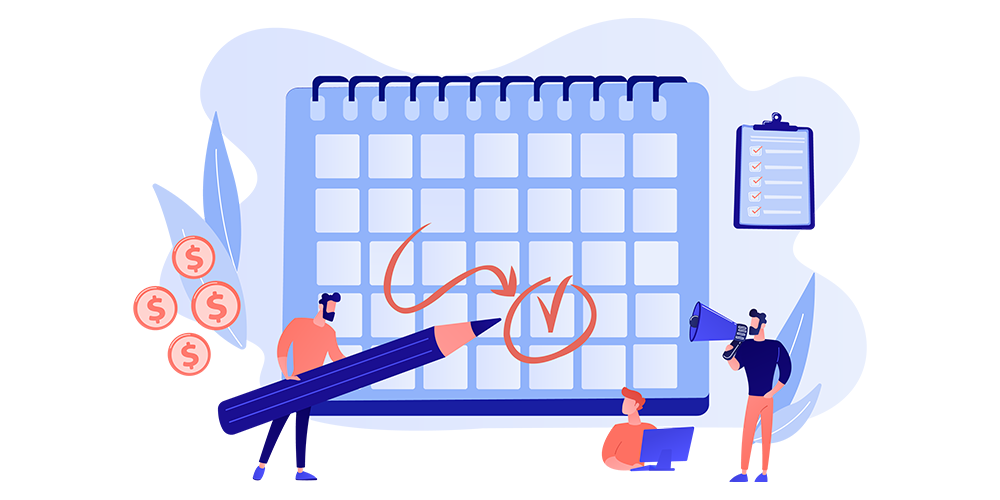 Events are very helpful for short-term engagement, and this short-term engagement leads to potential long-term retention. Timed-based events heavily engage the player with a game for a particular period. These events may last a few hours or a few days and these events provide some reward that is unique and can not be achieved after the event is over.

Because of these events and rewards, players will try to be active at event time and it will increase player engagement in your game and these unique rewards will keep them playing the game.

For example, Asphalt 9 has daily events and special events, both time-limited events, in which you participate to acquire exclusive rewards, in this case, blueprints to exclusive in-game cars, tokens, and coins. 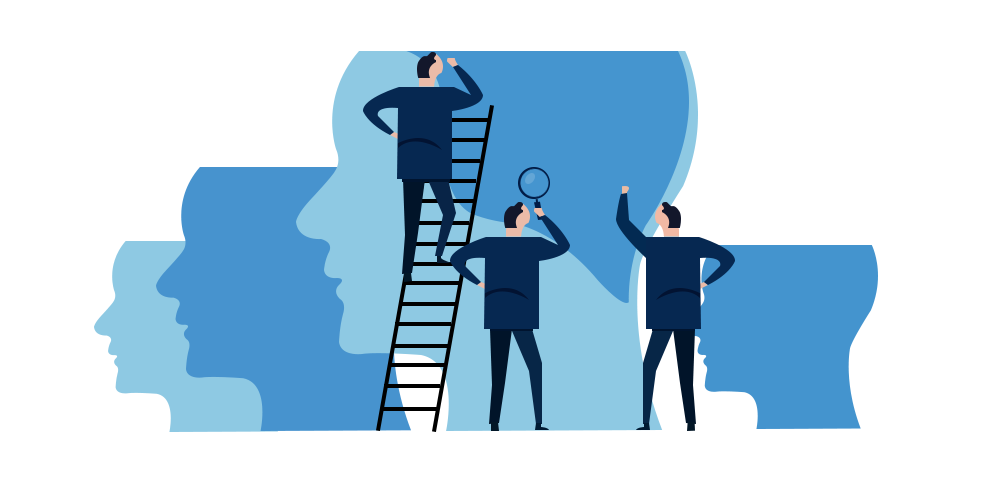 At the time of game designing, setting difficulty levels and stages length in different stages is one of the most brain-consuming parts but it’s also one of the most important factors for player engagement.

Make sure difficulty level and session length go hand in hand, for a player it should neither be very easy to complete the level nor very difficult because if it’s very easy, the player will lose interest in the game and the same will happen if it is very difficult to clear. With player experience, game difficulty should be increased such that every level will be challenging for the player. It would help a lot for increasing player engagement in the game.

For example, Asphalt 9 has every race ranging from 30 secs. to 120 secs. depending on the difficulty of the race and the goals to complete the race. 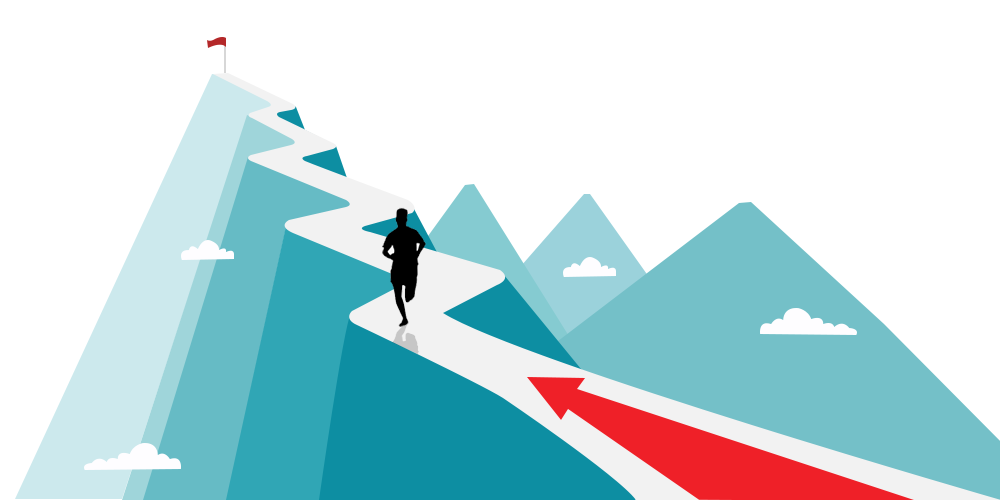 Instant indulgence is one of the most effective reasons for many people to like mobile gaming. To take advantage of this psychological fact, we can use a rewards system for returning players. Give them a bounty on logging in the day’s first play session.

Because of this reason players will open and play a game at least one time for rewards and after the first play session other gameplay factors will be responsible for engagement, many popular games are using this technique to increase player game engagement in the game.
For Example, PUBG gives you a daily login bonus to play the game every day! 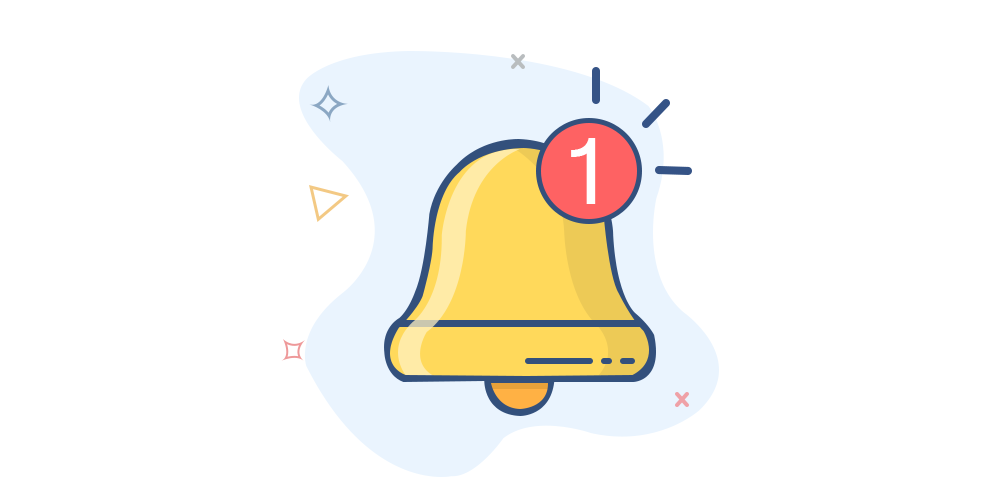 How to make a player take time out of his or her schedule and play your game? Just imagine you have some free time and you are finding something entertaining and you got a pop-up of push notification on the screen of the game? Push notification is one of the best ways to attract a player to play a game. Many famous games are already using push notifications to increase player engagement in the game.

Even you can use many parameters for sending push notifications like on which periods more players are active or on which particular time some players category are more active and you can use those effective parameters to send push notifications and it will help a lot to increase player engagement in your game. And, Just make sure you don’t overdo it which can frustrate some players. It’s in modern human nature to show off his/her accomplishments to the world or at least to their inner circle. When we achieve something we feel pride in it and what’s better than the feature that allows the player to share the accomplishment and feel more proud when people appreciate the achievement! 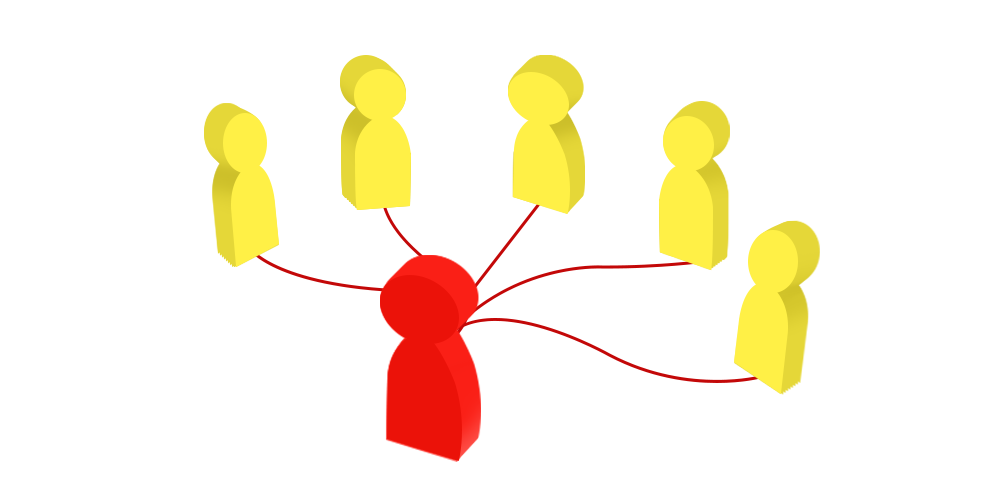 Not all games require communication, but if you are making a multiplayer game, you might want to add a feature that lets players communicate using either voice chat or text chat. This would make the player less bored and more engaging with the task they would be doing.

For example, Among Us has a feature to text chat to figure out who is the imposter. Now imagine how the game would be like if there was no way to communicate with others!! For Example, Counter Strike: Global Offensive has different modes like Casual, Competitive, Battle Royal, Arms Race, etc. because of which players do not get bored of playing just 1 mode.

To sum up, you can make any player engage in your game by designing it in such a way that is user-friendly and the player feels comfortable, excited, and proud playing your game!

Introduction to HTML5 Game Development with Phaser3 and Phaser Editor2D

As the gaming industry is on the verge of continuous develop... Unity 3D game engine is considered one of the proficient game development platforms amongst the deve... 6 Mobile Game Development Trends You Should Be Following

Recently there has been a tremendous growth in the game development industry Let’s have a look at ...